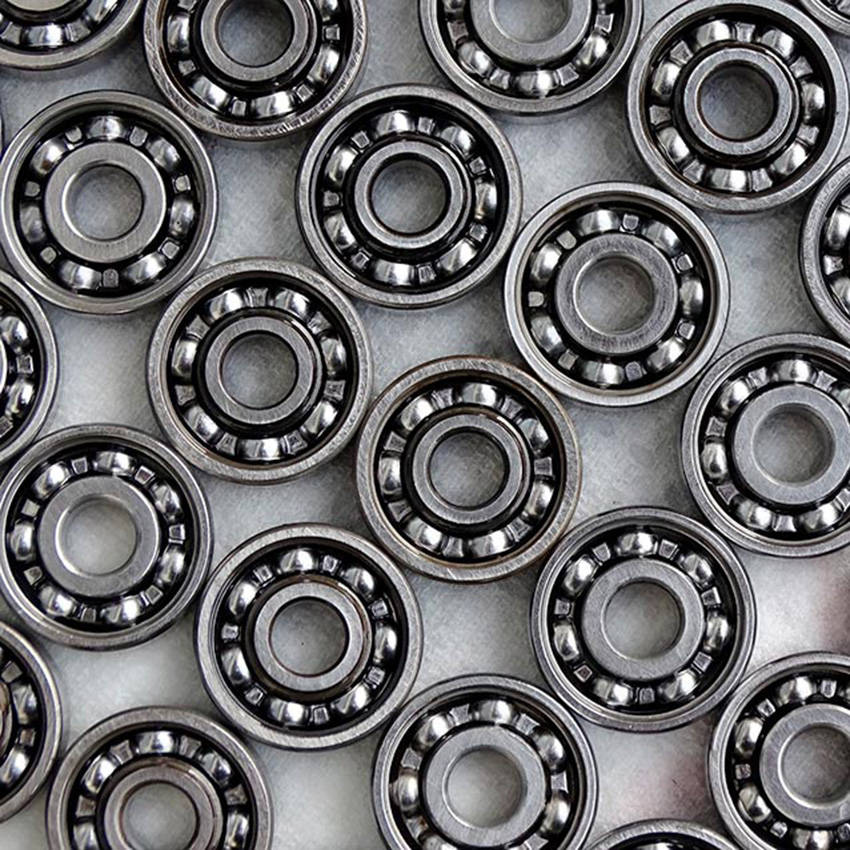 In the construction of a quality skate, the bearings perform a fundamental function, that is to reduce as much as possible the friction between the wheel and its supporting axis, so as to disperse as little as possible the force and gain speed, at the same time making it less intense the effort.
Already discovered by Leonardo in his studies on forces, as a possible system to reduce friction, bearings spread rapidly from the nineteenth century on bicycles, to then see the use extended to many other applications.

There are two main types of bearings: sliding, which use a fluid to limit friction, and rolling elements, which are divided into cogs, sphere or roll constructions, depending on the intended use.

The bearings used on skates use the sphere-type rolling element, as the force to be supported is perpendicular to the rotation axis. Spheres are placed between the two rings or crowns that are part of the mechanism, in an increasingly greater number to add more degree of friction absorption. Lubrication is also essential: a well lubricated bearing will have superior and lasting performance over time and avoid friction damage, which is one of the most widespread problems for this technology.

Latest news from the blog

IT
0
This site uses cookies to deliver its services and allows you to send cookies from other sites ("third-party") to send advertising and services in line with your preferences.
If you want to learn more or opt out of all or some cookies click here .
Closing this banner, scrolling this page or click any element you give consent to the use of every cookie.
Ok, I get it